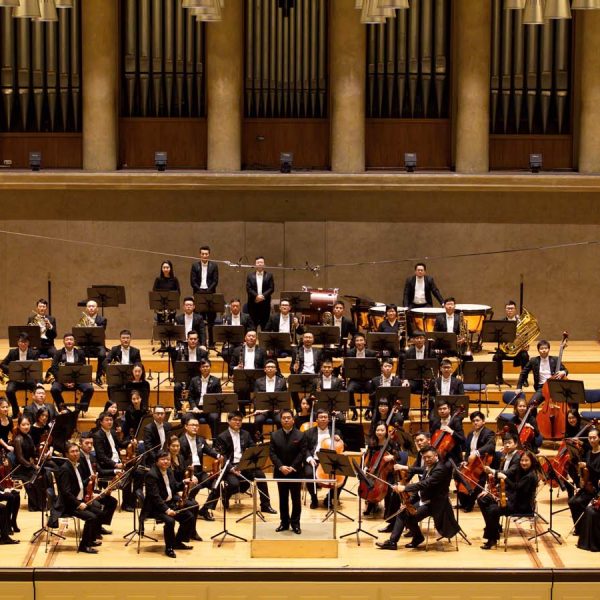 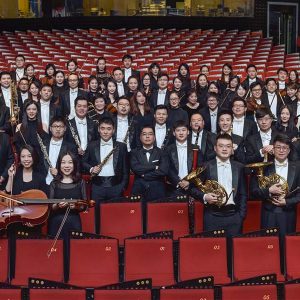 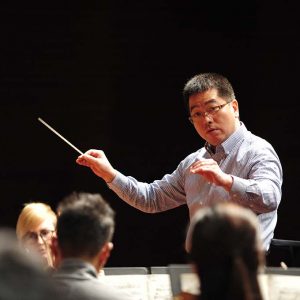 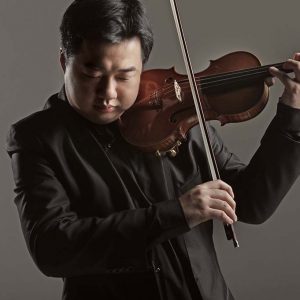 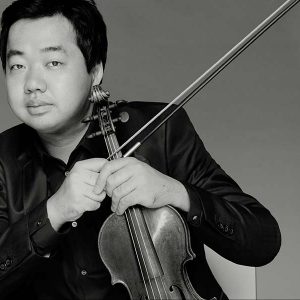 Founded in April, 2009, Hangzhou Philharmonic Orchestra (HPO) has established itself as one of most promising and exciting symphony orchestras in China. HPO aimed to become a first-class symphony orchestra at home and famed one in the world, as well as to serve the internationalization of Hangzhou. The orchestra has ventured to perform across all disciplines of arts in concert, opera, ballet, chamber music, film music and recording to critical acclaim.  “Established only seven years ago in a city 180 miles from Shanghai, the HPO is by now one of the major orchestras in China”, reported by Musical America, 2016.

Cultural exchange program being an integral part, the orchestra has partnered with Berliner Philharmoniker’s board, Philadelphia Orchestra and Yong Siew Toh Conservatory. Besides, an education program has been initiated between HPO and Shanghai Conservatory of Music, HPO has become the Practical Training Base of Professional Degrees of Shanghai Conservatory of Music. In 2016, HPO was commissioned by Ministry of Commerce of P. R. China and CAEG for a three-month training project for Laos National Symphony Orchestra.

In September, 2016, HPO had successfully participated in the Evening Gala “Enduring Memories of Hangzhou” for the G20 Leaders Summit. And this gala impressed leaders of Group 20 and directors of related world organizations as well as other guests. In September, 2017, HPO performed a symphony concert on the 3rd China-CEEC Cultural Cooperation Forum and won great acclaim from leaders and guests from China and 16 Middle East European countries.

Yang Yang, born in a musical family, learned piano with Prof. Li Qifang. Later, he learned conducting respectively with Prof. Xu Xin and Prof. Wu Lingfen, and then was admitted to the Conducting Department of Central Conservatory of Music, being one of the students of Prof. Yu Feng.

In November 2006, Yang won the first place for his outstanding performance at the Dimitris Mitropoulos International Competition for Orchestral Conducting in Greece. It’s the first time for the Chinese conductors to have such honor.

Established at the highest level in China, Ning Feng performs regularly in his native country with major international and local orchestras, in recital and with the Dragon Quartet which he founded in 2012. Now based in Berlin and enjoying a global career, Ning Feng has developed a reputation internationally as an artist of great lyricism and emotional transparency, displaying tremendous bravura and awe-inspiring technical accomplishment.

Ning Feng records for Channel Classics in the Netherlands and his latest recording was released earlier 2018, Bach’s complete solo works for violin, as the first recording by a Chinese violinist.

Born in Chengdu, China, Ning Feng studied at the Sichuan Conservatory of Music, the Hanns Eisler School of Music (Berlin) with Antje Weithaas and the Royal Academy of Music (London) with Hu Kun, where he was the first student ever to be awarded 100% for his final recital. The recipient of prizes at the Hanover International, Queen Elisabeth and Yehudi Menuhin International violin competitions, Ning Feng was First Prize winner of the 2005 Michael Hill International Violin Competition (New Zealand), and in 2006 won first prize in the International Paganini Competition.

Ning Feng plays a 1721 Stradivari violin, known as the ‘MacMillan’, on private loan, kindly arranged by Premiere Performances of Hong Kong, and plays on strings by Thomastik-Infeld, Vienna.

In colaboration with WU Promotion